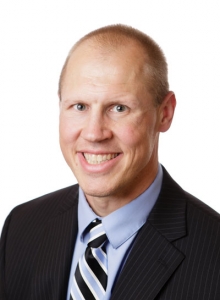 I strive to care for my patients with honesty, love and excellence; as I would want my family or myself to be treated if our roles were reversed.

Dr. Douglass was raised in southwest Portland, graduated from Tigard High School, and received his undergraduate degree in biology at Pacific Lutheran University. While at Pacific Lutheran, he competed on PLU's collegiate football team, was a captain on the 1993 National Championship team, and was selected as PLU's "Co-Man of the Year in Sports for 1993." He earned his M.D. at Oregon Health & Science University (OHSU), where he also completed an internal medicine internship and residency. A highlight of training was being selected to travel on an international medical trip to Eldoret, Kenya. He completed a three-year gastroenterology fellowship at the University of New Mexico, Albuquerque. Before joining The Oregon Clinic Gastroenterology South, Dr. Douglass conducted research on ethnicity and hepatitis C cure rates with Pegylated Interferon and Ribavirin. He also conducted an analysis of endoscopy for iron deficiency anemia. Both of these were selected for oral presentation at the American College of Gastroenterology yearly national meeting, where Dr. Douglass presented his findings.
Other Interests:

When away from work, Dr. Douglass enjoys spending time with his wife and their five children. He spends time watching and occasionally coaching sports teams. He is active in his church, Younglife, and also enjoys water sports, snow skiing, mountain and road cycling.