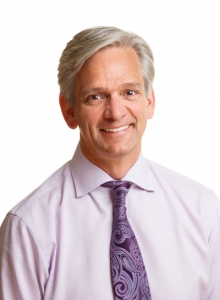 The practice of medicine represents a partnership between individuals. I am here to provide information, expertise, support, comfort, and guidance in partnership with individuals who are actively involved in their health care.

Dr. Schaumberg graduated from the University of Colorado Health Science Center and later completed his internship and residency in internal medicine at Oregon Health & Science University (OHSU) in Portland, OR. Dr. Schaumberg finished his fellowship in pulmonary medicine and critical care medicine at the University of California San Francisco (UCSF). He brings The Oregon Clinic - Pulmonary, Critical Care & Sleep Medicine several honors and awards, including three "Teacher of the Year" awards. Dr. Schaumberg was also featured as one of the Best Doctors of America, Best Doctors of Portland and one of Portland Monthly Magazine's "Top Doctors" in 2008, 2009, 2010, 2013, 2014, 2015 and 2016. He is also the Principal Investigator for the Evaluation of Pirfenidone and Treatment of Idiopathic Pulmonary Fibrosis.