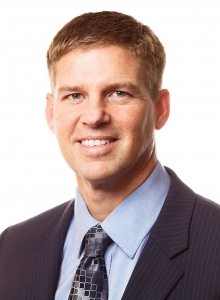 The patient is the center of all treatments we incorporate. Patient satisfaction is, ultimately, the core of our decision-making.

Kevin M. Reavis, MD, was born and raised in Virginia Beach, VA. After graduating from the University of Virginia, Dr. Reavis earned his medical degree from Vanderbilt University. He completed his residency in general surgery at Oregon Health & Science University where he was inducted into Alpha Omega Alpha Honor Society. He completed a fellowship in minimally invasive surgery at The Ohio State University before joining the faculty as an assistant professor of surgery at the University of California, Irvine and the Long Beach VA Healthcare System where he enjoyed four productive years between 2007-2011. He now resides in Portland, OR as an esophageal, foregut and bariatric surgeon with The Oregon Clinic, in the division of Gastrointestinal and Minimally Invasive Surgery and serves as clinical associate professor of surgery at Oregon Health & Science University.

Dr. Reavis is an active leader in numerous national and regional surgical societies. His research interests include diseases of the foregut, surgical instrument innovation, endolumenal therapies and surgical education. He has published more than 70 peer-reviewed publications and numerous book chapters. He is also a reviewer for ten medical journals and is on the editorial board of World Journal of Gastroenterology, Global Journal of Surgery and the World Journal of Gastrointestinal Oncology.

The Foundation for Surgical Innovation & Education