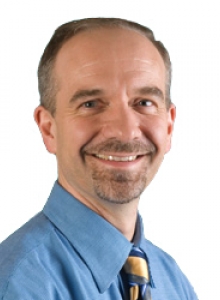 I believe medicine is a great and noble endeavor, and I am privileged to participate in the lives of my patients. My goal is to practice the best evidence-based medicine possible and do it with compassion, hope and enthusiasm.

Dr. Skokan graduated from Oregon Health & Science University (OHSU) in Portland, OR. He later completed his internship and residency at George Washington Hospital where he later became Chief Resident. Dr. Skokan was also the Chief Resident at the University of Utah Medical Center. He now focuses on critical care medicine, lung cancer, and lung nodules at The Oregon Clinic Pulmonary, Critical Care & Sleep Medicine East. He also brings the clinic several honors and awards, including the Teacher of the Year award from Providence Portland Medical Center and the Internal Medicine Resident of the Year award. Dr. Skokan was featured in Portland Monthly Magazine's "Top Doctors." Dr. Skokan is a member of the American Thoracic Society, American College of Chest Physicians, and the American Association for Bronchology and Interventional Pulmonology.