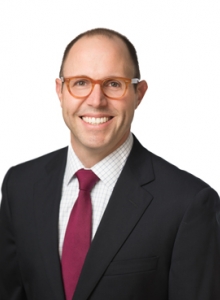 My philosophy is to provide thorough and thoughtful care to my patients. This begins with attentive listening to their concerns, discussing their preferences and goals, and determining the best treatment plan for each individual patient. I realize that no two people are alike and different approaches are often successful in achieving good health.

Dr. Duman completed his undergraduate degree in biology at the University of Texas at Austin. He received his medical degree from the University of Texas Health Science Center at Houston and was accepted into the national medical honor society, Alpha Omega Alpha. He completed his three-year internal medicine residency, as well as a three-year gastroenterology fellowship at the University of Colorado Health Sciences Center. Dr. Duman has a special interest in disorders of the esophagus and improving colon cancer prevention.  Before joining The Oregon Clinic Gastroenterology South, he conducted research in several areas including gender disparities in liver transplantation recipients and outcomes of patients with gastrointestinal bleeding. Over the years, he has presented the results of his research at several national scientific meetings and published in leading scientific journals.
Other Interests:

In his free time, Dr. Duman enjoys skiing, exercise, exploring the Northwest, and spending time with his wife and two children.