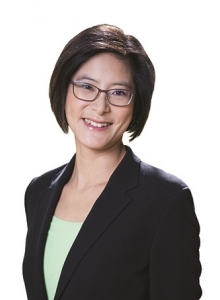 Dr. Ng is a board-eligible neurosurgeon, who was born and raised in London, England. She graduated from University College London with First Class Honours, with a Bachelor’s Degree in Neuroscience (BSc), and Bachelor Degrees in Medicine and Surgery (MBBS). Subsequently, she attained a Doctor of Philosophy (PhD) for studies in Neuro-oncology, investigating a novel therapy for high-grade astrocytoma.

While pursuing Medicine Residency, which afforded invaluable training at the prestigious National Hospital for Neurology and Neurosurgery (Queen Square), she realized her passion for surgery, specifically, neurosurgery, and thus transitioned to a General Surgery track. During this time, she was awarded Memberships to both the Royal College of Physicians (MRCP) and the Royal College of Surgeons (MRCS). In 2011, she relocated to the US, where she completed Neurosurgery Residency at the University of Wisconsin, Madison. There she was also introduced to the culture of collegiate football – go Badgers!

She now lives in Portland, OR and has completed Fellowships in Vascular, Endovascular, Skull Base and Endoscopic Skull Base Neurosurgery with The Oregon Clinic. Dr. Ng is a member of the Congress of Neurological Surgeons and American Association of Neurological Surgeons as well as a Consultant to the Providence Brain and Spine Institute. She has published peer-reviewed articles, abstracts, and book chapters.