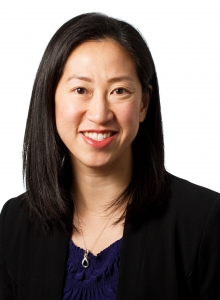 "Being able to practice as a physician has been a wonderful experience, and I cannot imagine doing anything else as a career. As a gastroenterologist, it has been an honor to play a role in the most personal and life-changing events in people’s lives. I believe that the relationship created between the patient and his/her physician is paramount to exceptional care, and together we can work in a collaborative manner to provide the best outcomes."

Dr. Wang is a native Midwesterner from St. Louis, Missouri. She received her Bachelor’s of Science degree in Biology at Duke University. She attended medical school at the University of Illinois-Chicago where she earned membership of the Alpha Omega Alpha Honor Medical Society. She completed her internship/residency training in internal medicine at Washington University in St. Louis and her gastroenterology fellowship at Oregon Health and Science University (OHSU). She has been an active participant of the American Society of Gastrointestinal Endoscopy (ASGE), where she served as a member of the Research, Technology, and Standards of Practice Committees. Prior to joining the Oregon Clinic, she practiced at OHSU (2008-2010) and then at Northwest Permanente (2010-2016) where she was chief of the GI division during her last year. She was named a Portland Monthly Top Doctor in 2016.

Dr. Wang is married and has two children. She maintains her wellness by spending time with her family as well as through running, spinning, and playing tennis.