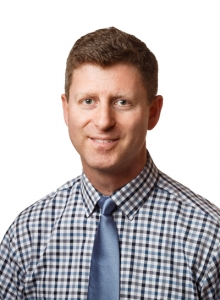 I’ve always seen the doctor-patient relationship as a partnership, based on mutual understanding and excellent communication. So much uncertainty exists in medicine despite amazing technology and procedures that save lives. All the technology available doesn’t add up to great care unless we can speak openly to one another and understand each other’s perspectives. Despite being from California originally, my education has brought me to both sides of the US. We are unique in the Pacific NW and need to celebrate that in our practice of medicine.

Dr. Silverblatt received a Bachelor’s of Arts in Sociology from Pomona College, Claremont, CA, and continued on to Jefferson Medical College of Thomas Jefferson University in Philadelphia, PA, where he earned a medical degree. He completed internship and residency in internal medicine and a year as Chief Medicine Resident at OHSU in Portland, OR from 2000-2004. He then completed fellowship in gastroenterology at OHSU 2004-2007. During his medical training, he was a member of the Omega Alpha National Honorary Society and the recipient of the Housestaff Teaching Award twice. Before coming to The Oregon Clinic, Dr. Silverblatt practiced at Northwest Permanante from 2007-2015, serving as the regional chief of the department from 2013-2015.