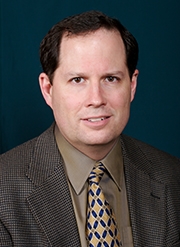 Richard L. Jamison, MD, has been appointed Chair of the Department of Surgery at Providence Portland Medical Center (PPMC). Dr. Jamison, a graduate of Stanford University and Mayo Medical School, is a board-certified general surgeon specializing in minimally invasive and endocrine surgery at The Oregon Clinic. He is also a leader in non-invasive treatment of venous insufficiency and varicose veins.

PPMC’s medical staff president selected Dr. Jamison based on nominations from his peers. As Chair of Surgery, Dr. Jamison will monitor quality and performance of the members of the Department of Surgery. He will also sit on the Medical Executive Committee.

Dr. Jamison completed a general surgery residency at Mayo Graduate School of Medicine, from which he received a General Surgery Resident Teacher of the Year award in 1998 and the Howard K. Gray Travel Award for Clinical Excellence in 1997. His name appeared on Portland Monthly Magazine’s "Top Doctors" list in 2009, 2011 and 2012. He is a clinical professor at Oregon Health & Science University (OHSU), a Fellow of the American College of Surgeons, and a member of the Western Surgical Association and the Priestley Society, Association of Mayo Clinic Surgeons.

“I am gratified that my peers recommended me for this responsible position,” said Dr. Jamison. “I’m looking forward to fulfilling my duties at PPMC’s Department of Surgery.”