In August 2018, Jeanie, 58, underwent a routine colonoscopy. Because of her family history, she was nervous about the results: her mother died of colon cancer and her sister had proactively removed a section of her large intestine. What Jeanie didn’t expect, however, was that she would be diagnosed with a serious heart condition instead. “It was a total surprise to me,” she says.
An Unexpected Diagnosis
Jeanie was diagnosed with atrial fibrillation, or AFib, an irregular and often rapid heartbeat that can lead to blood clots, stroke, heart failure, and other serious heart-related complications.
After visiting her primary care doctor, Jeanie was referred to a cardiologist and made an appointment to see Dr. Sandeep Garg of The Oregon Clinic Cardiology. Along with starting Jeanie on the appropriate medications for AFib, including a blood thinner, Dr. Garg suggested a cardioversion procedure to try to restore Jeanie’s normal heart rhythm.
“I worried myself sick because I had convinced myself that the cardioversion would fix the problem,” Jeanie says. “After it was over, it failed dismally. It didn’t make a difference at all.”
Jeanie returned home from the hospital and began to consider her options. “I was lying in my hammock in the backyard feeling sorry for myself. Before my diagnosis, I had a rough couple of years personally and was feeling pretty lost. Then being diagnosed with AFib rocked my world,” Jeanie says. “Finally, I had an epiphany and thought, ‘This is ridiculous. You can either curl up in the fetal position for the rest of your life, or you can make a change. You’re not that old!’”
Taking Back Control
Jeanie went back to Dr. Garg to discuss her next steps. He told her that the odds of another cardioversion working were slim. But there were three clear things she could do to make a difference in her heart health: lose weight, reduce cholesterol, and exercise regularly.
“Rather than just focusing on AFib management, we discussed the big picture perspective for her health and how to look beyond her current diagnosis,” says Dr. Garg. “Jeanie was only in her 50s, and I urged her to visualize how her coming decades might look like, requiring extensive tests and expensive medications, unless she chose to take a different approach to her health.”
Dr. Garg pointed Jeanie to the weight-loss advice book Eat to Live by nutritionist and author Dr. Joel Fuhrman that advocates for a whole food, plant-based diet.
For Jeanie, embracing this new diet was a “whole new world” to her. “I asked a lot of questions and Dr. Garg was very patient with me. He took on a different role than just being a cardiologist, and that’s what made a huge difference. He was coaching me into a healthy lifestyle.”
After reading the book, Jeanie went grocery shopping and began to stock her fridge and pantry with new foods. Although the initial “detox” period was tough, Jeanie stayed with the diet. “I felt miserable but I was feeling miserable before anyway. I knew this diet would result in me feeling better at the end.”
Jeanie experimented with new recipes and ingredients but was still feeling frustrated. “I know how to cook. Yet all of a sudden, I didn’t know how to cook anymore. So I went back to Dr. Garg and told him I needed more support.”
Finding a Community in Health
Dr. Garg introduced Jeanie to a health education support group specializing in a plant-based diet called the Complete Health Improvement Program (CHIP). Jeanie and her husband immediately felt supported by their new community. “They shared recipes and taught us how to shop for items and how to cook them. They brought in samples of plant-based items I had never tried before, like plant milk – I grew up on a dairy farm! It was so helpful to taste the food in advance and learn how to make simple swaps, like making gravy with mushrooms instead of beef.”
Jeanie also joined an online support group that held 30-day challenges. She found an incredible amount of support and motivation from like-minded people who would keep her focused and accountable.

Dr. Garg took on a different role than just being a cardiologist… He was coaching me into a healthy lifestyle.

“We hold monthly telephone calls where we talk about our struggles and our successes. There are group challenges like trying a new recipe using a particular vegetable, and then we share our recipes. Joining this support group has been a constant deluge of information that is positive and keeps everyone working towards the same goal.”

Now, Jeanie loves to cook easy recipes with simple ingredients such as roasted vegetables and wild rice. “I eat a pound of raw vegetables a day, a pound of cooked vegetables a day, and I drink 90 ounces of water a day. My motto is ‘dinner and done’: no mindless late-night snacking,” Jeanie says. “I also gave up caffeine, alcohol, salt, and sugar. After eliminating those from my diet, I don’t have toxic hunger anymore where I feel like I need to eat immediately.” 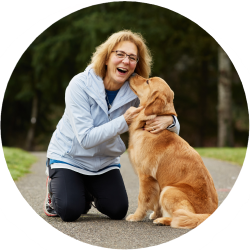 A Secret Weapon for Success
Jeanie also decided that it was time to get a puppy. “With my diagnosis I needed motivation to get active. I was retired from my job as a financial analyst and it was just me and my husband at home.”
Jeanie adopted a eight-week-old Golden Retriever puppy named Piper. “She’s part of my secret to success on how I transitioned my lifestyle. I started going to the gym before I adopted her because I was training for the puppy to come!” Jeanie says. “We walk three to four miles day and she’s always happy to go outside and play with me. That’s helped keep me on track.”
Building a Lasting Healthy Lifestyle
Jeanie is grateful that she found a partner in health with Dr. Garg. “I found Dr. Garg to be very unique in that he is passionate about prioritizing simple, healthy lifestyle choices over prescription medicine. I think my outcome would’ve been totally different if I hadn’t met him.”
“Stories like Jeanie’s give meaning to my job. I am proud of her drive and commitment and how she took the right steps to completely turn her lifestyle around,” says Dr. Garg. “I hope that others can use her as an example to stay healthy without completely relying on pharmaceuticals. To me, that is the difference between ‘sick care’ and ‘health care.’ My motto is, let food be thy medicine.”
Today, over a year after her diagnosis, Jeanie’s AFib has stabilized and she takes a beta blocker to keep her heart from beating too fast. Most importantly, she is committed to living a long-term, heart-healthy lifestyle. So far, she has lost 85 pounds and her husband has lost 50 pounds as well. “Dr. Garg managed to save two lives at once. It’s quite a tribute to him,” Jeanie says. “I was tired of not being able to keep up, and now I feel so much better. This was the wakeup call I needed.”

Watch the video below to learn more about Jeanie’s story. 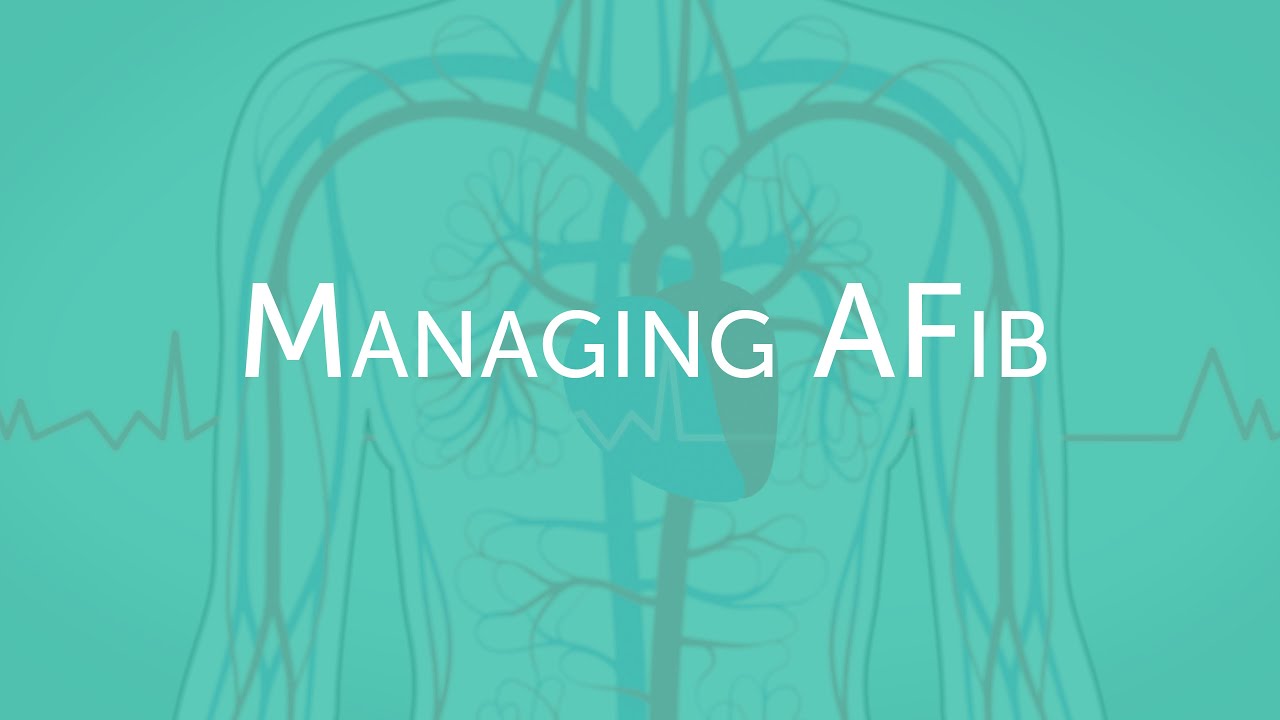