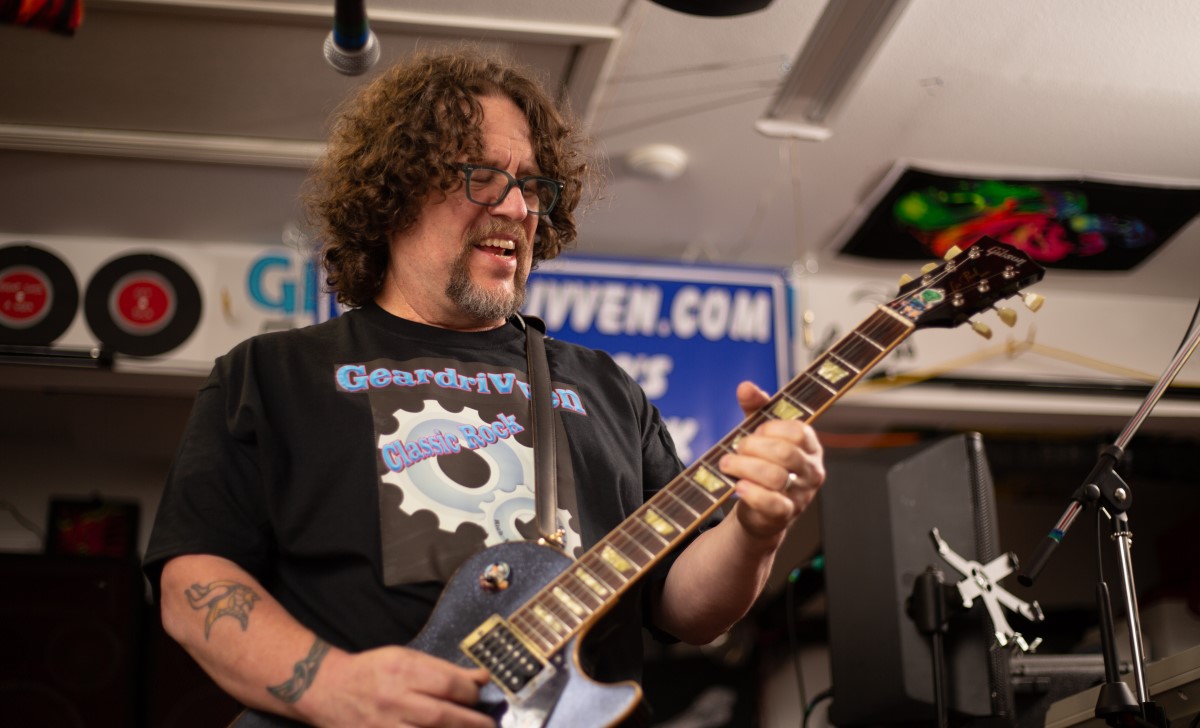 In 1990, Darrell got his first job in the operating room (OR). Before that, he had been in the Air Force and also worked in plumbing. “I knew immediately that the OR was where I belonged – and I’ve been an OR nurse ever since.” Darrell had been a nurse for nearly 15 years before his CTS developed.

In 2000 at age 44, Darrell began noticing pain, tingling and loss of  feeling in his left hand. He would have to continually shake his thumb, index, and middle finger to restore sensation.

His symptoms would worsen after long days spent grasping small items such as surgical instruments with his thumb and index finger. It got to the point where he was struggling to handle instruments at work. “Finally, during one procedure, I went to hand an instrument to a surgeon and I saw there was nothing in my hand. I had dropped the instrument on the floor.”

At this point, the pain was not only affecting Darrell’s work, but also his music. A self-taught guitar player, Darrell would often spend 4-6 hours practicing — putting extra strain on his left hand.

“I was a kid in the Air Force in 1973 when the first Lynyrd Skynyrd album was released. I thought, I have to figure out how to do that.” Just like his first step into the OR, he knew immediately music was his passion. “I can’t imagine not having a song in my head or music throughout the day.”

Once Darrell realized the “insidious” pain was affecting both his performance at work and in his band, he became motivated to seek medical treatment. He met with Dr. Clifford Canepa, a plastic surgeon at The Oregon Clinic.

When a nerve conduction study showed significant carpal tunnel on his left hand, Darrell chose to operate. If left untreated, there was potential to permanently lose function in his left hand.

Once Darrell realized the “insidious” pain was affecting both his performance at work and in his band, he became motivated to seek medical treatment.

CTS surgery involves cutting the ligament above the carpal tunnel to take pressure off the median nerve, which extends along the middle of the arm and forearm to the hand. After a 10-15 minute surgery under light sedation, Darrell went home.

The results that night were “absolutely miraculous.” Darrell slept through the night for the first time in months. The pain relief was instantaneous — and he has been symptom-free for almost two decades.

CTS is performed in the operating room usually with local anesthesia and sedation. A small incision is used to release the ligament and relieve pressure on the nerve.

After a few weeks of recovery and rebuilding muscle strength, Darrell had his full grip and range of motion back. He was successfully fulfilling his nursing duties — and also playing guitar. 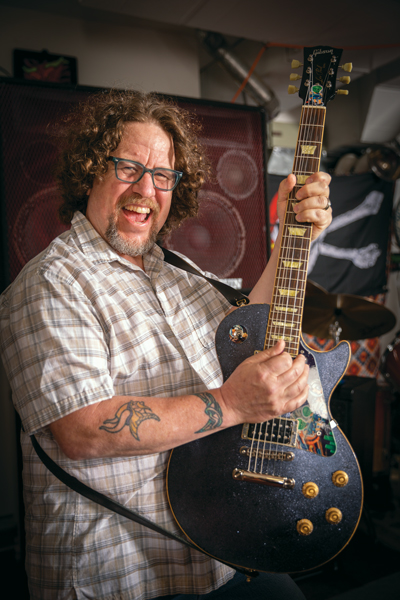 For Darrell, being an OR nurse and a musician are two sides of the same coin. Music gives him a creative outlet to relieve stress and come back to work each day refreshed and ready to go. “Music will always be a fun hobby, but it’s just as important to me as my professional side.”

With his band Geardrivven busy practicing for upcoming shows, Darrell is ready to rock. “I’m very grateful for the doctors — they gave me back a quality of life that I was about to lose. I feel like the luckiest guy who ever lived.”