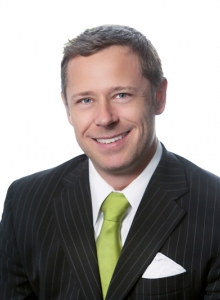 I truly enjoy caring for all of my patients. I'm privileged as a physician to be a part of my patients lives. What often motivates me most is finding an answer or explanation for a patient who is told they have little option for further diagnosis or treatment.

Dr. Owens graduated from the University of Kansas. He later completed his internship and residency in internal medicine at Barnes-Jewish Hospital, Washington University. Dr. Owens completed his fellowship in gastroenterology at the University of Washington and also completed a sub-specialization in therapeutic endoscopy. He brings The Oregon Clinic - Gastroenterology West several honors and awards, including the Burton Schatz Scholarship in Gastroenterology. Dr. Owens was also named Portland Top Doctor in 2012. He is a member of several organizations including the American College of Gastroenterology, the American Society for Gastrointestinal Endoscopy and The North American NeuroEndocrine Tumor Society.