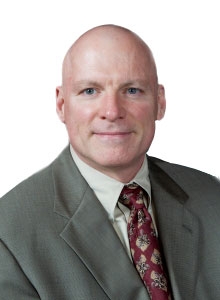 It is my mission to provide the highest quality of care available, in a compassionate and caring manner. I encourage each patient to be an active participant in the treatment of his or her own condition. Patient education is imperative to my practice.

Dr. Flaming received his MD from Oregon Health & Science University (OHSU) in 1982. He later completed his internship in general surgery and completed his residency in Otolaryngology and Head and Neck Surgery at the University of Arizona. He focuses on Endoscopic Sinus Surgery, Head and Neck Tumor Surgery and Thyroid/Parathyroid Disease at The Oregon Clinic Ear, Nose & Throat Plaza. Dr. Flaming has been featured as one of Portland Monthly Magazine's Top Doctors and is a member of several professional associations, including the American Medical Association and the Association of Northwest Physicians.