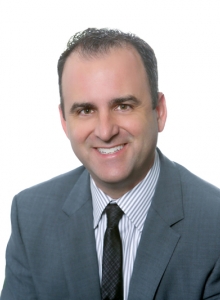 I consider the relationship between myself and my patients to be of the utmost importance in healing and providing a sense of well-being. Through careful listening, thoughtful understanding, and patient education, I hope to better the lives of my patients. By then applying my skills and the incredible technology of modern medicine, I work hard to accomplish the health care goals of my patients. I am humbled and honored every day by the trust my patients place in me.

Dr. Shumaker is a native Oregonian, having been raised on a small farm in the rural town of Banks, just West of Portland. He received a bachelor's degree in Biology from Willamette University before graduating with Honors from Oregon Health & Sciences University (OHSU), School of Medicine. After completing an internship in General Surgery at OHSU, he finished his Internal Medicine Residency at Providence St. Vincent Medical Center before returning to OHSU for fellowship training in Gastroenterology. He has been Board Certified in Gastroenterology since 2001. Dr. Shumaker brings The Oregon Clinic Gastroenterology West several honors and awards, including the Medical Faculty Auxiliary Award for Academic Excellence; the William Krippaehne, MD Student Surgery Award; and election to the Alpha Omega Alpha National Medical Honor Society from OHSU. He was voted one of Portland Monthly Magazine's “Top Doctors” in 2006. Dr. Shumaker has served in several leadership positions and is currently the Managing Partner for Gastroenterology West and on the Board of Directors for The Oregon Gut Club.

Dr. Shumaker is married with three children and in his spare time enjoys photography, coaching youth basketball, golf, skiing, cycling and tending to his young 5-acre vineyard in North Plains.