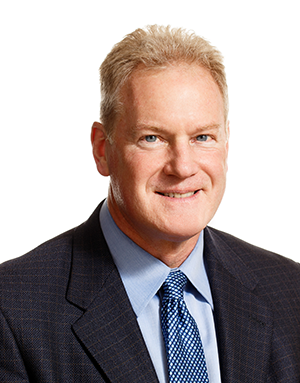 The Oregon Clinic is honored to welcome internationally renowned surgeon Steven DeMeester, MD to its Gastrointestinal & Minimally Invasive Surgery group. DeMeester is an acknowledged leader in the field of esophageal surgery and patients travel from across America and around the world to be treated by him.

Dr. DeMeester’s primary focus is on benign and malignant disorders of the esophagus, yet he also treats a broad array of complex pulmonary and tracheal disorders. He is a pioneer in the minimally invasive treatment of esophageal disorders.

His distinguished research in the field of Barrett’s Esophagus and reflux disease has made a significant impact on the treatment of these conditions. He has published as author or co-author over 150 peer-reviewed papers, 15 book chapters, and has given invited lectures around the world.

Dr. DeMeester recently moved to Portland from Los Angeles where he was a professor of surgery at the University of Southern California.

“I left USC and moved to Portland because I wanted to join a cutting-edge group of innovative surgeons who are also committed to training fellows, who will be the next generation of experts in the complex arena of esophageal and foregut surgery,” said Dr. DeMeester.

Dr. DeMeester earned his medical degree at Loyola Stritch School of Medicine in Chicago, and completed a residency in General Surgery at the University of Michigan. He completed a Cardiothoracic Surgery residency at Washington University in St. Louis. To gain further expertise with complex foregut problems and to refine his skills in minimally invasive laparoscopic and thoracoscopic procedures he undertook a one-year esophageal surgery fellowship at the University of Southern California. He joined the faculty of the USC Department of Surgery in 1997. He received his board certification in thoracic surgery in 1997.